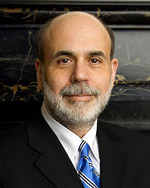 Federal Reserve Chairman Ben Bernanke might have been feeling a little guilty about being so honest about the Fed’s  future ‘tapering’ of purchases of Treasury bonds. Bernanke’s heads-up (once in May and again in June) resulted in a dramatic increase in Treasury yields, pushing the yield on a 10-year TIPS from -0.65% on May 1 to a peak of 0.66% on July 5, a 131 basis point swing.

So last Wednesday, Bernanke tried to slam the lid on this Pandora’s Box, hoping to also put a lid on rising interest rates. From the Christian Science Monitor report:

Speaking at a National Bureau of Economic Research conference in Cambridge, Mass., Bernanke seemed to allay investors’ concerns about early tapering. Unemployment is too high and inflation is too low to do away with easy-money policies just yet, he said. …

Overall, Bernanke said the Fed’s outlook of the economy is a mixed bag — “somewhat optimistic,” but warily eyeing “significant risks.”

And now … The immediate effect might be to somewhat dim the attractiveness of Thursday’s 10-year TIPS auction. At mid-week, it looked like buyers could get a 0.625% coupon rate, now a 0.5% coupon rate looks likely.

This will be an interesting week, because in fact I think we all know tapering is coming, possibly this year. Bernanke’s boost to bonds could already be over.