Floating Rate Note auctions with a premium of 0.045% 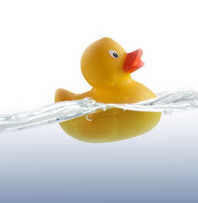 I won’t be following the Treasury’s Floating Rate Notes (FRNs) because I don’t see them as a logical investment – at least in 2014 – for the small-scale investor. But yesterday’s auction was historic, introducing a new product to the Treasury lineup. And so …

I seem to say this a lot, but one more time: No one is going to get rich buying FRNs.

As an alternative, you could just roll over 13-week Treasuries and get a current yield of 0.4%, but retain total flexibility if rates rise substantially.

Or, you could buy a 2-year nominal Treasury yielding 0.36%, 27 basis points higher. In fact, if short term interest rates fail to increase more than 27 basis points in the next two years, this FRN is a two-year loser against the 2-year Treasury.

Or, you could buy a two-year insured bank CD and get about 1.15%, meaning that short term rates would have to rise 1.06% to make that FRN pay off.

All of these options look more desirable than a two-year FRN, which is designed to meet the needs of massive-scale investors, not the small-scale investor.

1 Response to Floating Rate Note auctions with a premium of 0.045%